Today’s Friday so it’s time for another review post! I’ll do a movie review this week about a Filipino Indie Film titled ‘Ma’ Rosa‘. Here goes!

END_OF_DOCUMENT_TOKEN_TO_BE_REPLACED 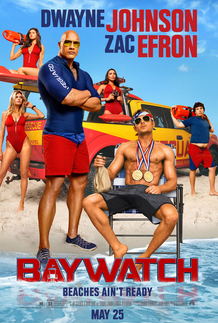 Today’s Friday so it’s time for another review post! I’ll do a movie review this week about a movie titled ‘Baywatch‘. Here goes!

END_OF_DOCUMENT_TOKEN_TO_BE_REPLACED

Today’s Friday so it’s time for another review post! I’ll do a movie review this week about a movie titled ‘Friend Request‘. Here goes!

END_OF_DOCUMENT_TOKEN_TO_BE_REPLACED

Glenn of the Walking Dead; Clary of The Mortal Instruments; Louis Bloom of Nightcrawler; The Ancient One from Doctor Strange; Ahn Seo-hyun, Byun Hee-bong; Hank of Swiss Army Man. It’s pretty much star-studded.

END_OF_DOCUMENT_TOKEN_TO_BE_REPLACED

The first time I heard about this film, I thought it was related to The Mummy which starred Brendan Fraser. I was like ‘So did they do a remake, a continuation or…?’ and my boyfriend gave me a very puzzling look then he said it’s different from that film. This one stars Tom Cruise. I bet you’d understand where the confusion came from. Almost all the films now that has the same or similar titles usually relates to each other – but this one doesn’t.

Be warned – spoilers ahead if you continue to read this post.

In 1127 A.D., several English crusader knights bury an Egyptian ruby within the tomb of one of their number. In present-day London, a construction crew discovers the tomb and a mysterious man is authorized to investigate the site.

In a flashback to the New Kingdom era, Princess Ahmanet is first in line to succeed her father Menehptre until his second wife gives birth to a son. Determined to claim the throne for herself, Ahmanet sells her soul to the Egyptian god Set, who agrees to help her if she uses a dagger to transfer his spirit into a corporeal form. After killing her family, Ahmanet attempts to sacrifice her lover to Set but is captured by her father’s priests and condemned to be mummified alive for eternity. Her sarcophagus is buried in Mesopotamia and submerged in a pool of liquid mercury so that her monstrous form will not escape.

In present-day Iraq, soldier-of-fortune Nick Morton and his partner Chris Vail accidentally discover the tomb of Ahmanet after staging an airstrike on an insurgent stronghold. Jenny Halsey, an archaeologist who had a one-night stand with Nick, arrives and investigates the tomb, correctly concluding that it is a prison. After extracting Ahmanet’s sarcophagus from a pool of mercury, Nick’s superior, Colonel Greenway, places the sarcophagus on a transport plane headed to England. During the flight, Vail becomes possessed by Ahmanet’s power after being bitten by a camel spider while inside the tomb. After attempting to open the sarcophagus, he stabs Greenway and attacks the group, forcing Nick to shoot him dead. A huge murder of crows then assault the plane, causing it to crash and kill everyone on board except for Jenny, who is parachuted off the plane by Nick.

Nick awakens a day later in a morgue in Oxford, and learns from Vail’s ghost that he has been cursed by Ahmanet, who seeks to use him as a replacement vessel for Set. Ahmanet’s mummy escapes from the sarcophagus and begins feeding on rescue workers to regenerate her decomposed body. Turning the workers into zombie minions, she lures Nick and Jenny into a trap, forcing the two to fight off the minions as they unsuccessfully try to escape. Ahmanet also recovers the blade of the Dagger of Set from a reliquary in a nearby church. At the last second, unknown soldiers appear and subdue Ahmanet. Their leader, Dr. Henry Jekyll, explains that Jenny is an agent of Prodigium, a secret society dedicated to hunting supernatural threats. He confirms that Nick was cursed when he unlocked Ahmanet’s tomb and reveals his intention to complete her ritual and allow Set to possess Nick in order to destroy Set and end his evil forever.

Meanwhile, Ahmanet summons another spider to possess a Prodigium technician and frees herself from captivity, wreaking havoc, death, and destruction in the process. Jekyll succumbs to his own dark impulses and transforms into Edward Hyde, his murderous and psychotic alternate personality; when Nick rebuffs Hyde’s offer of an alliance between them, Hyde attacks him. Nick manages to stop him with the serum Jekyll uses to suppress his evil side. He and Jenny then escape from Prodigium while Ahmanet steals back the dagger, summons an army of deceased English crusaders to serve her, and creates a massive sandstorm that ravages London. The undead knights slaughter the Prodigium soldiers in the tomb, allowing Ahmanet to recover the ruby and set it in the dagger’s pommel, granting her all she needs to free Set.

Guided by Vail, Nick and Jenny flee into the London Underground tunnels, but are attacked by Ahmanet’s minions. Ahmanet captures Jenny and drowns her, hoping to break her hold over Nick. Nick puts up a fight, but gives up and lets himself embrace Ahmanet, using it as a ruse to steal the dagger and stab himself. His body is possessed by Set, who proceeds to join Ahmanet to uphold his end of the bargain until he sees Jenny’s dead body, at which point Nick regains control and uses Set’s powers to overpower and suck the life out of Ahmanet, turning her back into a shriveled mummy. Nick harnesses Set’s powers to resurrect Jenny, saying goodbye before becoming overwhelmed by Set’s power and disappearing. Soon, Jenny regroups with Dr. Jekyll and they discuss if Nick, now fused with Set, will be good or evil. Ahmanet’s corpse is lowered into a locked pool of mercury within the Prodigium base for safekeeping. Later on in the desert, Nick resurrects Vail, and the two set out on an adventure.

I liked how the movie was made. I was mesmerized by Sofia Boutella’s beauty. I always want to see her, I want to stare at her the entire film. Her face is just perfect for this role. Or maybe it’s her make up. I don’t care. What I know is she’s perfectly casted to be Princess Ahmanet.

It’s a fast-paced kind of film with lots of action. There’s nothing special about the story but still a good movie for what it’s worth. One thing that confused me was why Nick (Tom Cruise) was chosen by Ahmanet to be the replacement vessel for Set. I originally thought Nick was the reincarnation of Ahmanet’s lover, thus, the flashbacks he’s getting. However, those are because he was ‘cursed’ and was chosen to be the replacement vessel for the deity Set. Another thing I didn’t understand was why Henry Jekyll (Russell Crowe) has an alternate personality – if you can call it like that. For me, it seemed he has been possessed by something demonic when he transformed. And that other personality has its own name – Edward Hyde – which was also recognized by the security device on their hideout. The cause of that wasn’t established at all in the film. I also think that Russell Crowe’s character wasn’t really necessary in the film. They could’ve moved on without him.

As for the acting, it’s fine for me. Not bad nor exemplary. I just shrugged off the question: how come Nick and Chris weren’t hit even once after they ran into a few numbers of gunned men? (Because the director said so!) lol but because somebody being hit wasn’t relevant on that part. The main purpose there is to make sure that they discover the sarcophagus which wouldn’t have happened if one of them has been hit (at least that’s my opinion).

Another thing that got me asking is when the plane crashed, Nick was supposed to be dead, but he didn’t have even ONE scratch on his body. Was it because he was cursed? How did Ahmanet helped him survived that crash? As far as the movie went on, the closest way she could affect Nick is by going inside his head. So how could she have helped him escape death?

Also, how did Nick control the power of Set? The last time he was in the desert with Chris, he looked normal – you know, no double cornea – and all.

Anyways, apart from those questions, I liked the movie. Especially with Sofia’s eccentric beauty. She’s fit to be an Egyptian Goddess. Just so perfect. She’s my favourite person in the entire film even when she’s the main villain.

I’d recommend the film to those who like action and for those who wants to be mermerized by Sofia’s beauty. ❤

•Tom Cruise as Sergeant Nick Morton: A U.S. military man, who unintentionally unearths the tomb of Princess Ahmanet, unleashing an unspeakable evil. Nick becomes haunted, fused with, and possessed by Set after Ahmanet puts a curse on him.
•Annabelle Wallis as Jennifer Halsey: A feisty, kind, stubborn, and intelligent archeologist who has a past with Nick. She secretly works for the monster-hunting organization known as Prodigium.
•Sofia Boutella as Princess Ahmanet: She is loosely based on an amalgamation of the ancient Egyptian goddess, Amunet, and Imhotep from the previous Mummy films. Once in line to be the queen of Ancient Egypt, Ahmanet murdered her father and his family in order to resurrect Set, an act for which she was cursed for all eternity and buried alive, until she is accidentally freed as the titular Mummy.
•Jake Johnson as Corporal Chris Vail: Nick’s friend and closest ally.
•Courtney B. Vance as Colonel Greenway: Nick and Chris’s superior officer.
•Russell Crowe as Dr. Henry Jekyll: A brilliant scientist who leads Prodigium, an organization dedicated to locating, containing, and when necessary, destroying monsters. Due to a failed experiment intended to purge his soul of darkness, he must regularly inject himself with a serum to prevent himself from transforming into his evil and monstrous alter-ego, Mr. Edward Hyde.
•Marwan Kenzari as Malik: Jekyll’s chief of security and a member of Prodigium
•Javier Botet as Set: The ancient Egyptian god of deserts, storms, darkness, and violence, who aids Princess Ahmanet in her quest to rule Egypt. Set has a connection with Nick Morton, as the latter is intended to be the human vessel for his resurrection.
•Selva Rasalingam as King Menehptre, a pharaoh who is Ahmanet’s father

Thanks for dropping by. See you on the next review! ❤ 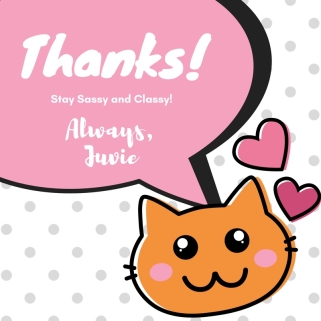 I WRITE BECAUSE OF HER ❤😊